Tonguç, was born in Eskişehir in 1973, finished the Eskişehir Prof. Dr. Orhan Oğuz Anatolian High School in 1989 and completed his undergraduate education at Anadolu University Faculty of Arts and Sciences Physics Department in 1993. In the same year, he started to work as a research assistant at Dumlupınar University Faculty of Arts and Sciences. Later, he received the graduate study scholarship of Ministry of National Education and started his education at Syracuse University in New York (USA). He obtained his Master's degree in 1998 and PhD degree in 2003 in field of experimental particle physics. Between the years of 1998-2002, he worked as a research assistant at the same university. After receiving his doctoral degree, he also worked as a post-doctoral researcher in the Physics Department of Arizona State University (USA) for 18 months. During this time, he participated in a large study team of which the university was a part, and conducted research at an acceleration center at the Massachusetts Institute of Technology (MIT).

A while after returning to Turkey, he started to work as an Assistant Professor at Sakarya University Faculty of Arts and Letters Physics Deparment in 2005. Tonguç became an Associate Professor in 2009 and a Professor in 2014. Tonguç served as vice head of the Physics Department between 2005-2009 and as vice-director of the Institute of Science between 2010-2013.

Prof. Dr. Barış Tamer Tonguç has publications, refereeings and editorships in several journals. He is married and has a daughter and two sons.

Gürdal, who was a visiting researcher at Durham University in England in 2014, has published many books and articles on the Turkish tax system, tax law, public finance and fiscal policy.

Prof. Dr. Temel GÜRDAL is one of the founders and researchers of PESA, which was established in Sakarya in 2012 and conducts research on national, regional and international problems and also which aims are to present the results of these studies to the public and decision makers and to establish a bridge between the academy and the society. He continues to work at PESA in the fields of tax law and Islamic economics. Gürdal is married and has 4 children, one of whom is a daughter.

Prof. Dr. Hatem AKBULUT, born in Van in 1961, finished the Van Atatürk High School in 1981 and graduated from Istanbul Technical University Sakarya Faculty of Engineering Metallurgical Engineering Department in 1986. He started to working as a research assistant in Sakarya Faculty of Engineering in 1987 and obtained his Master's Degree in Metallurgy and Materials Engineering from Istanbul Technical University in 1990. In 1995, he received the title of PhD in the field of short fiber reinforced metal matrix composites from ITU and in the same year, he was appointed, also began to serve, as Assistant Professor at Sakarya University Faculty of Engineering Metallurgy and Materials Engineering. Between the years 1996-1997, he worked as a postdoctoral researcher at New Mexico Tech (USA) in the fields of nano-structured Li battery electrodes and thin film nano-coating then to Turkey returned and became Associate Professor in 1997.

He attended the NATO ASI and ARW summer school four times and studied there about nanostructured materials. He has worked as the executive director in many nationally supported projects and has also served as the executive director and researcher in many COST, ERA-NET, JAPAN-CONCERT and bilateral international cooperation projects. Between 2012-2015, he was the executive director of Turkish part in the FP7 (Green Car - STable high-capacity lithium-Air Batteries with Long cycle life for Electric Vehicles) which consisted of 8 partners. Akbulut respectively served as Deputy Head of Metallurgical and Materials Engineering Department between 1995-1996 and 1997-2003, Head of Department between 2011-2014, and then as Head of Department at the Interdisciplinary Institute of Nanoscience and Nanoengineering between 2014-2018.

He is the founder of Sakarya University Central Laboratory (SARGEM) and served as the director of this unit between 2014-2018. He has more than 200 articles and 180 of them were published in the SCI and SCI-Expanded journals. He has also written the chapters in the five international books and has presented over 300 papers at the international conferences, many of them as invited speaker. His publications have been cited over 2000. He works as a referee for 36 journals registered in SCI. He is a member of TÜBİTAK MAG advisory board and call programs advisory board. He served as permanent panelist for BOREN, and also he is a referee in the national projects of some countries such as Poland and Slovakia.

His research interests are Li-based batteries, electrochemical energy storage, nanocomposites and nanocomposite coatings for the automotive and defense industry. Prof. Dr. Hatem AKBULUT is married and has a daughter. 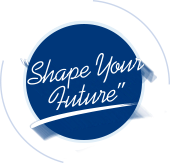